How how I lived here for so long and not known that there was a British groundhog day?!?!? 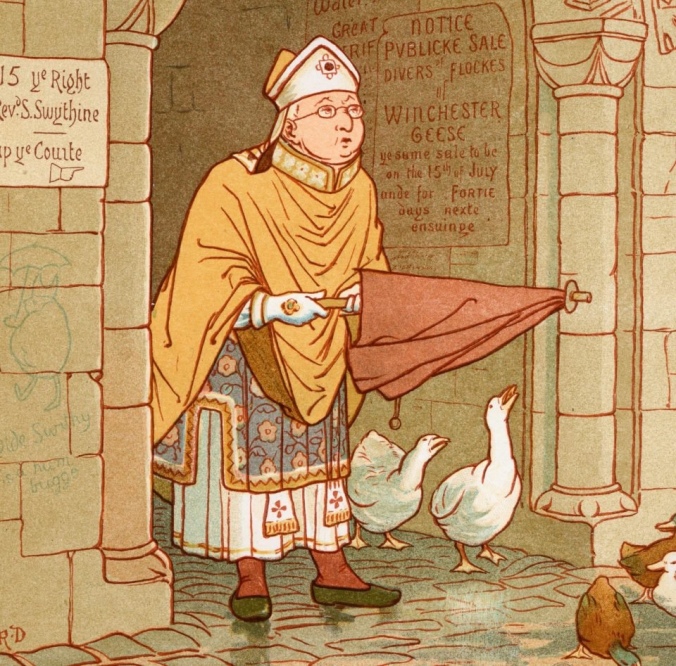 From Wikipedia: The name of Swithun is best known today for a British weather lore proverb, which says that if it rains on St. Swithun’s day, 15 July, it will rain for 40 days.

A Buckinghamshire variation has

If on St Swithun’s day it really pours
You’re better off to stay indoors.

I’ve had a read of the wikipedia page and it seems like the good St Swithun was Bishop of Winchester from his consecration on 30 October 852 until his death on 2 July 863 and was very rarely mentioned during that period. However, he became famous some 100 years after his death, when his remains were re-interred at Winchester and he was adopted as that Church’s patron saint.

He was no sooner back in the ground (headless, as is customary… {to be clear, his head was taken to Canterbury Cathedral; his arm went to Peterborough}), then there were reports of miracles. Lots of them. So many, that his posthumous success for miracles appears to have taken precedence over his actual lifetimes work. And was clearly hugely appreciate by the Brothers in resistance.

The shrine of Swithun at Winchester was supposedly a site of numerous miracles in the Middle Ages. Æthelwold of Winchester ordered that all monks were to stop whatever they were doing and head to the church to praise God every time that a miracle happened. A story exists that the monks at some point got so fed up with this, because they sometimes had to wake up and go to the church three or four times each night, that they decided to stop going. St Swithun then appeared in a dream to someone (possibly two people) and warned them that if they stopped going to the church, then miracles would cease. This person (or persons) then warned the monks about the dream they had, and the monks then caved in and decided to go to the church each time a miracle happened again 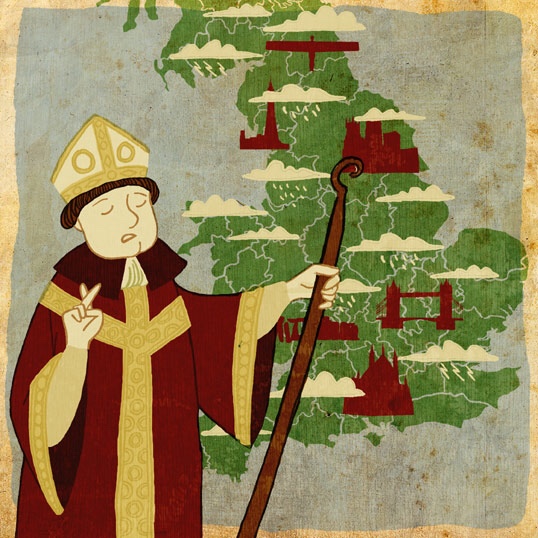 Given that I’m hoping this evening will be an allotment one, I’m clearly keeping my fingers crossed for a fine stretch!

#KirkstallAbbey
Thought this was lovely
The spuds and carrots are home grown! The fruits of @beerdarella hard work and my... being there while she did it.
Tweet of the day.
#KirkstallAbbey is being all beautiful today.
Weird weather #Rainbow #Leeds
Loading Comments...
Comment
×
%d bloggers like this: