Leeds Book Club are delighted to present – due to popular demand – another review by the youngest on our writing team – Evan Shelton.

Evan is an avid reader and enjoys reading and writing about books. He’s also had a birthday since his last review – so many happy returns for that too!

Here is his review of the Percy Jackson series as a whole – SPOILER ALERT – he really likes it!


It’s all Greek to me

The books are all about American children, who are half mortal and half Greek god. They spend their summers in Camp Half-Blood, which is a protection from monsters, where they train to get assigned for quests. 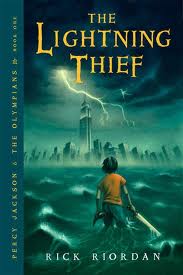 Percy Jackson is a son of Poseidon, the god of the sea and his
girlfriend Annabeth is a daughter of Athena, who is the Goddess of wisdom and Athens. The most recent book is The Mark of Athena,
which is partially about Annabeth. This book is in the Heroes of
Olympus series, a sequel to the Percy Jackson Chronicles.

Some people might have heard of The Percy Jackson books because
Percy Jackson and the Lightning Thief was film adapted.(NOTE FROM LBC – the second film is due to be released this year – but this is subject to change).
From the moment I picked the first book up and read the blurb I fell in love with them (I know you shouldn’t judge a book by its cover but there you go).In my opinion, Greek myths are absolutely fascinating so a book that’s flooding with myths and is modernised sounded ideal. 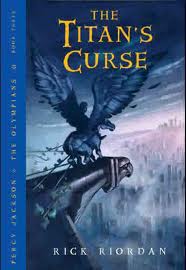 One of the reasons I am so interested in Greek myths is because I
have been to Greece twice and both times was engrossed in their
regional myths. I read my first book in Knossos, where the labyrinth is supposed to be and appropriately the actual book I read was the Battle of the Labyrinth. 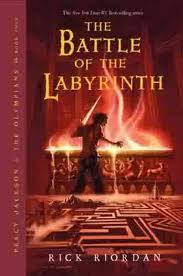 Riordan’s skill to write what the myths would be like in 2013 is
fantastical. Even better is that nearly everything is set in the U.S.A.. Although my favourite is how modern landmarks are famous
mythical places – the Empire State is Mount Olympus!

These are my favourite books and I learnt loads of myths they are
certainly in my top 10 favourite series. I would strongly recommend these books to anyone.

Trailer for Percy Jackson and the Lightning Thief 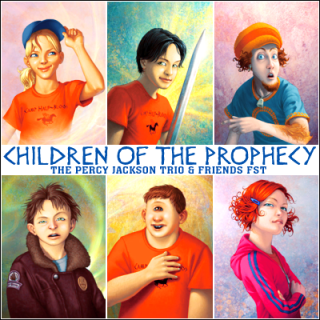