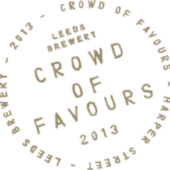 As children, Kathy, Ruth, and Tommy were students at Hailsham, an exclusive boarding school secluded in the English countryside. It was a place of mercurial cliques and mysterious rules where teachers were constantly reminding their charges of how special they were.

Now, years later, Kathy is a young woman. Ruth and Tommy have reentered her life, and for the first time she is beginning to look back at their shared past and understand just what it is that makes them special–and how that gift will shape the rest of their time together. 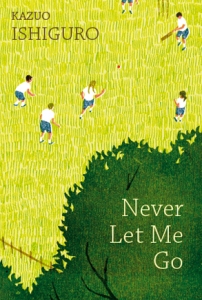 For the vast majority of us, this was a re-visit to the world of Never Let Me Go. Some had worried that the book – which we nearly all of us had enjoyed – might not stand up to a second reading. Others were curious to see if the film had influenced their opinion of the book – though we did agreed that – as not everyone had seen the moooovie – we would restrict our discussion to the book.

This turned out to be a surprisingly controversial book choice for us. There is a curiously dreamlike aspect due to the incredibly sparse world building and precision of language that lead some to question whether this should even qualify as a dystopia. Certainly, it doesn’t fit many of the classic tropes of dystopic writing. However, the vast majority of us agreed that any society – no matter how much it appeared to resemble/differ from our own – that was prepared to harvest people, rendering them redundant, was one that qualified as appropriate reading for us!

Another aspect that dominated much of the discussion was about what the metaphor of the story was. Though quite a few of us weren’t convinced that the book needed to be viewed that way – in fact some of us felt that it wasn’t really applicable at all – a great deal of time was spent pondering whether the point of the story was to attack racism or the class system, despite neither topic ever really being raised within the book. This lead one or two of us to speculate that perhaps the book affected us all on quite a personal level, which resulted in us looking for external aspects to discuss.

We found it difficult to assess the social, political or cultural context of the world that this story is set in as we are provided with very little information about ANYTHING to do with the students and the ‘service’ that they provide; and if you think that that stopped us, you’ve not been paying attention. Indeed, our only real clue is that the whole situation is regarded by everyone – including the subjects – as perfectly normal. The real question for the wider world appears to be closer to a factory versus free range issue.

We almost universally lauded the writing. Despite the minimalism  in terms of world building; we all felt that everything felt incredibly real. The characters were interesting to us because as much as we can, we know them – particularly our primary three –  but they are all limited by design. I argued that Ruth would have made a more compelling protagonist. Though not necessarily someone that you’d want to spend tons of time with; she makes things happen far more than the more passive Kathy. Though we did find it notable that in the end, Ruth has made more peace with her place in the world than Kathy appears to. We had a brief foray into the ‘is she bland or merely implacable’ but honestly, I think that we had a soft spot for her by the end of our chat. The characters are left with neither family nor regional influence. They are wholly absent and isolated from the rest of the world. As a result, we spend very little time any where else. As readers, we were also limited by our narrator. We can only know what Kathy knows. And she is restricted in so many ways. Her acceptance of that was deeply frustrating for many of us.

Structurally, we enjoyed that at first glance, this appears to follow in the tradition of classic British boarding school books; though this is no children’s tale. Well…maybe the Addams family… Halsham turns out to deviate hugely from Hogwarts/Malory Towers and their ilk. For one thing, it doesn’t appear to be much of a school at all. For another, it certainly isn’t assisting its young people to an exciting or fulfilling future (or is it – ohh how we speculated). But the final nail in the coffin must be that IT TURNS OUT THAT IT’S A BLOODY EXPERIMENT IN TREATING WALKING BODY PARTS AS PEOPLE. Just so WRONG. (I liked school, what can I say?). And it fails no less. How awful. What a bleak end.

We couldn’t help but speculate for a time on those aspects NOT really included in the text. Why didn’t they run? Could the instinct for survival really be so easily muted? Or it is a case that unlike most people; they are aware of their primary function and that they will fulfill it; leaving them with nothing more to aspire towards? Was there an underground train that saved the victims of a Death Row nation?

However, we ran out of time without the chance to unpack half of the topics we would have liked. The mark of a good book I think you’ll agree!

Find fellow members on twitter by searching for #LBCDystopia

Follow @CrowdofFavours!
Let me know your thoughts by either tweeting me @LeedsBookClub, commenting below or emailing me at leedsbookclub@gmail.com
* * * * *

One thought on “LBC Dystopia – Never Let Me Go – Write Up”