James Joyce is one of Ireland’s most beloved authors. His most celebrated novel is the mammoth and epic Ulysses.  The novel charts the life of protagonist Leopold Bloom for one day – the 16th of June 1904. It takes place across one day and was based on The Odyssey by Homer.

Joyce used this date as it had been auspicious in his own life – it was the date he and Nora Barnacle, his future wife, went out for the first time. At least that’s the version I was always told! 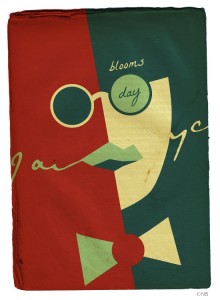 Bloomsday (or Lá Bloom for purists) celebrations have been taking place in Ireland and across the globe since at least 1924. It is traditional to dress up as characters from the book or its time frame, visiting each of the locations described in the book (likely in order!). Additionally, there are readings, walks and discussion of the book and Joyce himself.

Personally, I’m not the biggest fan of Joyce and prefer Finnigan’s Wake to Ulysses. However, a beloved uncle is a huge fan so every year I take a second, imagine him in a sun hat and grin. Good times.