One of our Superstar Guest Stars has agreed to a new challenge based on our chats relating to #LBCPuffins.

Can’t wait to read each review as they come! 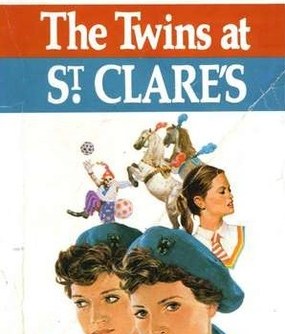 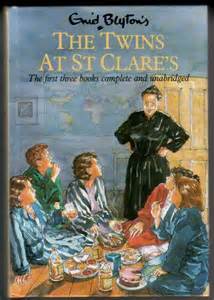 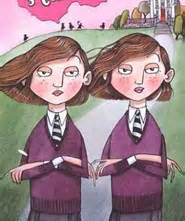 St. Clare’s, a girls’ boarding school which predates Malory Towers, is described by one parent as “a very sensible sort of school” but it is also a place of madcap schemes, games and jollity.

Headmistress Miss Theobald believes that people get out of life what they put into it, telling her pupils: “Do your best for us and St. Clare’s will be able to do its best for you!”

Memorable characters — and there are many! — include Pat and Isabel O’Sullivan (the “stuck-up twins” as they are called at first), feather-headed Alison, mischievous French girl Claudine, circus-girl Carlotta, Don’t-Care Bobby, Sour-Milk Prudence, the Honourable Angela Favorleigh and “Mam’zelle Abominable.”

Tricks and jokes, midnight feasts, sports matches, thrilling rescues, fun and friendship are all a part of life at the school — but so are hard work, exams, problems, hot tempers, malice and snobbery. Certainly there’s never a dull moment at St. Clare’s!

The first St. Clare’s book was published in 1941 and the series of six books remains popular today.

The series is unusual in that the first three titles all revolve around life in the first form while the other three focus on the second, fourth and fifth forms respectively.

Early editions of the books had lively illustrations by W. Lindsay Cable. There are three additional titles available, written by Pamela Cox, who is also writing additional titles for the Malory Towers series.

‘St Clare’s is described by one parent as “a very sensible sort of school” but it is also a place of madcap schemes, games and jollity.’

The last in the challenge and yet another great read. Set in a school it’s about two sisters who have to move schools  separated from all their friends after their parents begin to think their daughters are becoming snobbish.

It’s a funny, brilliant story where two young girls think above their stations believing they are somebody to realise that they aren’t and their struggle starting a new school. It’s great it has all sorts going on, it show how kids can be cruel, for the offset the twins do nothing to change the opinion of the other school kids of them, appearing snobbish and stuck up until things start to fall apart. Using the old trick of switching places it causes all sorts of problems for the girls, from not doing their chores to be able to go into town to ending up on the lacrosse team and one proving better at it then the other.

I think books set in boarding schools make great stories for kids. They are packed with so much and seem to be no different to ordinary schools. Like Harry potter, it teaches kids how to be responsible and independent, and that they are not as important as they think they are, which is a good thing.

‘Headmistress Miss Theobald believes that people get out of life what they put into it, telling her pupils: “Do your best for us and St. Clare’s will be able to do its best for you!”‘

I have been wondering why I never got into these as a child. I think I would have loved them. The whole adventure in the boarding school, the girls finding out more about them selves than they realised. Although set in a boarding school, some of it is not much different to how public schools are. Although I don’t remember any bullying of teachers, I do know kids can be cruel when it comes to bullying and you always find that there are popular kids who have their hair in a certain fashion, or wore their ties in a particular way, and then there are the ones who were quite intelligent and quiet. It has always bugged me that we have to be categorised from an early age. We maybe human but it doesn’t mean we’re all the same. This book is in a way a good lesson to us all. And that’s the Big kid in me saying that :D.