Jo, Bessie and Fanny take their cousin Rick on an adventure he’ll never forget to the magic Faraway Tree, where he meets Moon-Face, Silky the fairy and Saucepan Man, and visits all the different lands at the top of the Faraway Tree. Like the Land of Spells, the crazy Land of Topsy-Turvy, and the land of Do-As-You-Please, where the children ride a runaway train! – Goodreads 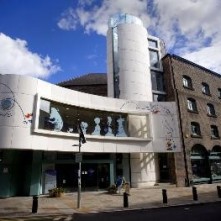 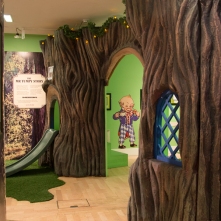 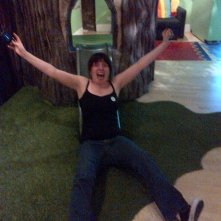 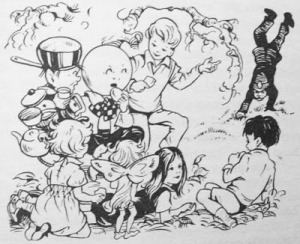 This book has so much packed into it its untrue. It’s full of adventure, with the children visiting different lands like ‘The Land of the Old Woman,The Land of Do-As-You-Please and The Land of Dreams’. Then there was the names of the characters which I loved such as Dame Washalot,Watzisname,Moonface and Mr. Change-About. It’s definetly a book full of magic and wonder.

I really can’t say much more about this book as it was simply amazing and even reading it as an adult I think it was a lovely story and everyone should read it.

One quote I like which I’m sure I heard as a child was:

‘Little girls should be seen and not heard’

and to think I was quiet as a mouse when I was young.

“I like the Land of Toys, but Saucepan Man was put in jail because he was confused about which land he was in and stole some sweets from a lolly shop. The boys pretended to be toy soldiers and rescued Saucepan Man.”

As to the modern-day version. It’s funny how time changes our meaning of words and language. My Sister got me the modern-day version off this book and I read it to see how it compared, it wasn’t much different but the first thing I noticed is that they changed the names from Dick and Fanny to Rick and Frannie.and the new illustrations, although amazing didn’t seem to fit with the story. They were to modern. I sound really old now. I think it’s the artist in me and this book had the best illustrations in it out of the whole lot. My favourite being this one of the saucepan man:

And to finish I can only go with a piece from this review as it’s exactly what I was trying to say but not knowing how as I was to excited:

‘In a gripping finale, the bad people are apprehended, the good folk are rescued, and all is right with the world. To the accompaniment of Pop Biscuits, Google Buns and Toffee Shocks, the story sadly winds down, but not before one final visit to yet another land… the Land of Presents.

Folks—please, please read this book. Not because it’s about Happy Children and Delightful Tree Folk. Not because it’s about Queer Lands and Strange Spells. Not even because it’s about White Clouds, Slippery Slips and Jersey Wearing Cushion Carrying Red Squirrels. But because it’s time to stop growing up, and grow down just this once; to cast aside the reality of a world that is so material, and even more cynical, and thus enter the Delightful Magic of a Blyton Dimension, one in which Silky the Fairy will haunt you with her beauty, Saucepan Man will deafen you with his noise, and Moonface will overwhelm you with his beaming smile. And if you have to endure an occasional kettle of water or dirty washing all over you… well, it’s worth it.’ – http://www.enidblyton.net/others/the-magic-faraway-tree.html

“Stories that you read when you’re the right age never quite leave you. You may forget who wrote them or what the story was called. Sometimes you’ll forget precisely what happened, but if a story touches you it will stay with you, haunting the places in your mind that you rarely visit.” ~M is for Magic, Neil Gaiman

Thank you for reading