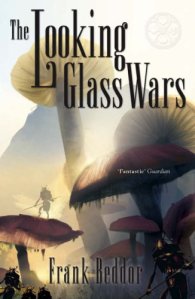 I’ll admit this straight off; I’m not the biggest Alice in Wonderland fan in the world. Don’t get me wrong, I love the book. My Dad read it to me as a kid, I’ve re-read it at least ten times since as an adult and it has a warm place in my heart. But I’m not one of those Alice fans. You know. The purists.

For this reason I could read The Looking Glass Wars, the first in Frank Beddor’s franchise (sorry, sorry I mean series) that re-tells Carroll’s fantasy adventure, and not want to throw it across the room in the same way I’ve thrown say Colleen McCullough’s The Independence of Miss Mary Bennet, the hideous sequel to Pride and Prejudice that had me and N foaming at the mouth a couple of years ago.

If you are a purist, you’re not going to like this one. Not because it isn’t fantastic. The basic premise that Alice is actually Wonderlander by birth, and had to flee when her royal parents were ousted by the evil Aunt Redd, is a interesting one. Each well loved character gets a modern fantasy nod; The Mad Hatter, for example, is now Hatter Madigan, part of the Milinary, a crack team of bodyguards armed with spinning blades that come out of their hats. I liked this, and for each character that I spotted I had a little chuckle.

No, the main problem I had with this re-telling is that it completely bypassed the original point of Alice in Wonderland; that logic can be found in nonsense and that self-preservation in the most important lesson one can learn. The wit that I fell in love with in Alice when my Dad first read me the book just isn’t apparent in The Looking Glass Wars.

I was never one for singing flowers and twee tea parties, the thing that gets my heart racing about Alice are the poems, the subtle ways Carroll argues against the Victorian education structure of learning by rote, and of course the logic puzzles and riddles that baffled me for hours. I still haven’t figured out why a raven is like a writing desk. One day.

I did enjoy reading this book a hell of a lot more than last year’s Percheron series, but I wouldn’t go searching for the second and third parts myself. The story itself was bitty in places, the dialogue grated and the descriptions of the way the characters acted, Hatter’s fight sequences for example, made no sense to me unless I re-read them several times, they were so exactly described to the letter. If you have a teenager or emerging reader who loves fantasy on screen, this book will be good for them; you hardly have to imagine at all. For a book whose main plot focuses on using your imagination as a weapon, this seemed a shame.

I would, however, love to read the graphic novel’s Beddor has now produced, as this book would work fantastically well in picture form. This also has ‘low budget sci-fi’ series written all over it.

This is what narked me off the most; after I’d read the book I went online to check it on goodreads, and googled it to see what others had thought. I came across the website linked to the title page of this post.

Once again, you can’t just write a book any more. You have to have an entire marketing strategy behind it. You can buy the books, the graphic novels, the games, the apps, the cards, the soundtrack (soundtrack?), you can even buy Frank Beddor himself for a bit! And what’s at the bottom of the visits to schools page? Oh yes, you can audition for the film.

Lewis Carroll was hideously embarrassed by his book’s success, and his creator, Charles Dodgeson, refused to answer letters sent to that name a few years after Through the Looking Glass was released. 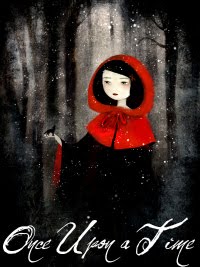