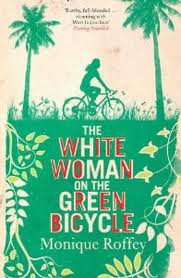 Right, despite this being the first time we had all met up, we wasted no time in getting started, barely waiting for the introductions to settle!
Thankfully, this book was one of those rare gems that inspired very different feelings – both positive and negative in its readers – and each of us had particular aspects that had caught our eye, so after some initial trepidation, we were able to discuss the book in detail.
There were certain points that more than one person agreed on:

While some of us had our quibbles, others loved the book, particularly the historical and political aspects.

Finally we concluded that it was a tricky book to get into, that may have been more enjoyable had it been told sequentially, but that the writing was eloquent and the writing about the unheard voice of the island herself damn near poetic.

One thought on “Book Club the Bigger! Meeting the first!”