Did you know that 850000 people in the UK are living with a form of Dementia?

Because – while I was aware that the numbers are high and that we’re an aging population – I hadn’t joined up the dots.

Last week, I attended some excellent mandatory training. As as result, I’ve signed up to become a Dementia Friend (more on that later).

One of the aspects that I found particularly interesting was the restorative powers of music. This was particularly well depicted in Henry’s story – a chapter from the film Alive Inside

Clip from the film Alive Inside

Honestly, I was nearly in tears watching it.

The doctor there is Oliver Sacks. He wrote the bestselling book “The Man who Mistook his Wife for a Hat and other clinical tales” and in doing so changed the way we view and discuss progressive degenerative conditions. 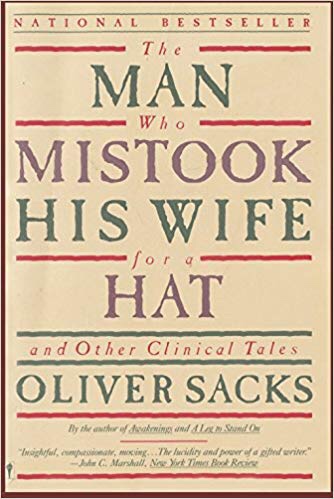 In his most extraordinary book, The Man Who Mistook His Wife for a Hat, Oliver Sacks recounts the stories of patients lost in the bizarre, apparently inescapable world of neurological disorders. These are case studies of people who have lost their memories and with them the greater part of their pasts; who are no longer able to recognize people or common objects; whose limbs have become alien; who are afflicted and yet are gifted with uncanny artistic or mathematical talents. In Dr Sacks’s splendid and sympathetic telling, each tale is a unique and deeply human study of life struggling against incredible adversity

{as well as then Unknown’s, but LBC favourites Vin Diesel (I am Groot); Bradley Whitford (Victory is mine, victory is mine. Great day in the morning, people, victory is mine.) and Peter Stormare (You will not even die in battle. No warrior will taste your blood.}

In this film, Dr. Malcolm Sayer takes a job at a Bronx psychiatric hospital and is put in charge of several seemingly catatonic patients. Under Sayer’s painstaking guidance, they begin responding to certain stimuli. Sayer is then given permission to test a new drug on one of his patients. 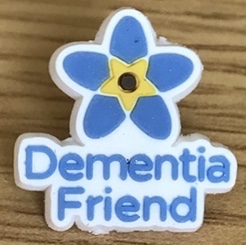 So I’ve signed up to be a Dementia Friend

What is a Dementia Friend?

A Dementia Friend is somebody that learns about dementia so they can help their community.

Too many people affected by dementia feel that society fails to understand the condition they live with. Dementia Friends help by raising awareness and understanding, so that people living with dementia can continue to live in the way they want.

What does a Dementia Friend do?

These actions don’t have to be time-consuming. From visiting someone you know with dementia to being more patient in a shop queue, every action counts! Dementia Friends can also get involved with things like volunteering, campaigning or wearing a badge to raise awareness.

Who can be a Dementia Friend?

Everyone! Dementia Friends is open to anyone who wants to help people with dementia in their community.