LBC3 is our quarterly book club. We meet every three months on a Saturday morning to book club, drink lots of hot chocolate and – naturally – set the world to rights.

Originally, we started out with no fixed theme, just a desire to tackle longer reads (quickly abandoned), though in the past few years we have very tentatively stuck to a few loose threads to help us make our choices. Our most consistent feature is that we have always alternated between female and male authors.

One year we focused on Great American Novels; another on reading minority or marginalised (or less often regarded) viewpoints; centenary reads; the occasional tribute to a favourite author who recently passed away and last year we prioritized authors from each country within the United Kingdom (Brexit based – obviously).

We meet on the third Saturday, from 11.30am – 1.30pm for coffee, cake and a totally coherent, sensible and focused chat.

If you’d like to join us, please feel free to pop down to our next meeting (or drop me a link on leedsbookclub @ gmail.com or on twitter @LeedsBookClub 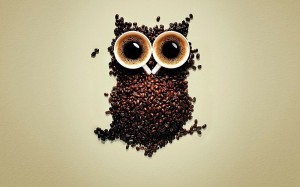