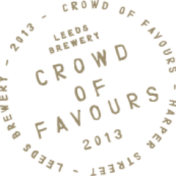 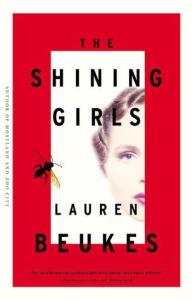 The girl who wouldn’t die, hunting a killer who shouldn’t exist…
A terrifying and original serial-killer thriller from award-winning author, Lauren Beukes.
1930’s America: Lee Curtis Harper is a delusional, violent drifter who stumbles on a house that opens onto other times.
Driven by visions, he begins a killing spree over the next 60 years, using an undetectable MO and leaving anachronistic clues on his victims’ bodies.

But when one of his intended ‘shining girls’, Kirby Mazrachi, survives a brutal stabbing, she becomes determined to unravel the mystery behind her would-be killer. While the authorities are trying to discredit her, Kirby is getting closer to the truth, as Harper returns again and again…

I’m not sure how to start this review as the book itself was quite a strange one, a story which in itself seemed to become circular and come back on itself. It had so much in it, including time travel being the main source of transport.

Before we even discussed the story we were straight in talking about the time leaps and how each chapter flitted back and forth through the centuries, finding each chapter in a different era which the group thoroughly enjoyed even referencing it to the film Memento and wondering whether if the book was laid out in order would it work as well.

Then it was straight onto the characters and how Kirby – who survived Harper’s attack goes in search of him, even though he thinks she’s dead and then she turns the tables on him. As a group we thought the characters were quite strong in this book, especially the house and as one person said ‘The is a character with a capital ‘H’ and would have loved to know more about its history, and how it came to be able to open up on different times, did it absorb the person inhabiting it? Did it consume their potential? Did two become one? who knows? You decide?

This led onto the description, strength and use of characters, and how well they were written from Kirby the main female character who survives a brutal attack to Dan who pops up in the story, an ex-homicide reporter who covered her case, who she finds to help her investigate her attack, and future partner, made jealous by the young whipper snapper Fred. The dog who got killed when Kirby was attacked (this didn’t go down well with our group). There’s, Bartek (killed by the frozen turkey?) one of the original keyholders (we think there maybe more)  in the story who made thousands through the house by gambling. Then there’s the house, everyone is intrigued with the house, why is it hiding itself, is it like Howl’s moving castle. Had it been on D.I.Y. SOS a lot with change of interior was it supporting/ encouraging a person’s’ habits i.e. Bartek  and his gambling or Harper and his planned killings and finding the graffiti on the walls written by Harper, how Harper is drawn to it constantly and not understanding why and then we find ourselves back at the beginning and wondering if we picked up one of those adventure books which says you have two choices, turn to page 32 to find out about this or page 66 and you’ll go to the end or something like that. Revealing that the house is eternal and both Bartek and Harper are brothers (only kidding) and the biggie when the house burnt down did it regenerate in a different time like in a Star Trek episode????

Then there was the objects used within the storyline, did they have magical powers, how did he select the? What objects you cry? You see each time Harper kills he leaves an object on the body, these are  things he picked up from different eras and either gave them to the victims years before or whether he picked them up and just placed them there, but as one member said the time continuation of the acts of killing and how it sometimes broke up would never have happened in Star Trek, the breaking of the time continuum would not have worked at all.

You see there’s so many unanswered questions yet the book was enjoyed by all, It was well researched and written, dramatic tension towards the end. The characters were well written some used well as plot devices like Dan and the poor dog who got killed, brave dog, no one is happy on that count. Yet we still find ourselves coming back to the beginning and asking questions. If you have read the book let us know what you think, in the meantime here’s a load of questions we just couldn’t answer……

What was Harper’s Motivation?

Why was the house there?

Did the house absorb the person inhabiting it?

Did the house consume their potential? Did two become one? who knows? You decide?

The house was the key to the killings but why? If only we had more information.

and if was set in today’s timeline with mobile phones and technology would the story of worked?

and why kill the dog?

Let us know what you think?

The Pub can be contacted on @CrowdofFavours

And feel free to let us know your thoughts using #LBCOutlaws

One thought on “Review: LBCOutlaws – The Shining Girls by Lauren Beukes”

Visiting the ‘smugglers adventure’ in #Hastings yesterday. #Caves
Yesterday, out for a cycle. Check out those blue skies! Bliss!
Seen in its natural habitat, the wild woods of #KirkstallAbbey
#KirkstallAbbey
Thought this was lovely
Loading Comments...
%d bloggers like this: