In a little over a generation the bones and sinews of the British economy – rail, energy, water, postal services, municipal housing – have been sold to remote, unaccountable private owners. In a series of brilliant portraits James Meek shows how Britain’s common wealth became private, and the impact it has had on us all.

In a series of panoramic accounts, Meek explores the human stories behind the incremental privatization of the nation over the last three decades. As our national assets are being sold, the new buyers reap the rewards, and the ordinary consumer is left to pay the ever rising bill. Urgent, powerfully written and deeply moving, ‘Private Island is a passionate anatomy of the state of the nation for readers of Chavs and Whoops’

Since 2010, the Howard Assembly Rooms have been hosting the Liberty Lectures. As described by the Director of Projects Dominic Gray – these are a series of talks orientating around significant topics, impacting on contemporary society. The series emerged out of a desire to deliver an inter-sectional program of events, linking the productions happening on the stage in the theatre with the social world. The productions on this season (including La Traviata and The Marriage of Figaro) orientate on class conflicts, which tied in beautifully, albeit obliquely, with the nights theme.

Last night, James Meek took to the stage to discuss his recent book Private Island – about the human stories behind the privatisation of Britain’s rail, energy, water, housing and postal services.

The author was introduced by Dr Kirsteen Paton, Lecturer in School of Sociology and Social Policy at the University of Leeds, who chaired the discussion and lead the question and answer section.

James Meek began by (re)assuring the audience that he was first and foremost a journalist and author. His book charted the progression of privatisation in Britain in a descriptive fashion.  It is not an attack on private enterprise. While he does believe that a radical overhaul of the political and economic state is desired by many readers; he is not a politician, nor an economist.

This book is not a call to arms, to return all industry to a centralised system (something that he doesn’t think is desired by anyone on the ‘left’ and is only conceptually kept alive by ‘right’ spectators). Neither is he a historian…nor Russel Brand – he is not offering ideas of how to change or put right the world. Rather, he focuses on the impact of privatisation, the winners and losers within the society that it creates and its paradoxical recreation of nationalism – in an almost unrecognisable way – as states other than ‘our’ own buy shares into public services.

From there, we had a whistle stop tour of public services and the definitions that we use. Are public services still provided for the public good or purely for profit? Perhaps it is more useful to consider these services in terms of universal networks – essential to each citizen. Indeed, we are witnessing the birth of a new network – internet access – and the death of another – the postal service. And if each of these services is privatised, what impact does that have on a state – what is a state if no longer the provider of these networks? Let alone the human cost – poor Britons with no respite from true poverty.

The highlight of his overview, for me, was the run down of the 6 lies told to promote privatisation over national control – including efficiency, competition and public apathy. Here, he provided pithy, practical and sensible responses to encourage conversations at every societal level, beginning at home, round the table.

Calm, measured and with a dry and infectious humour, James Meek held our attention easily for an hour. The conversation he had with Dr Paton was interesting, though I personally felt that more clarity regarding the phrasing of the questions would have been useful. The question and answer section was more thought provoking as he fielded a wider range of topics. Sadly, James Meek did not provide a road map for change; in fact he was almost coy on the question of how control and power could be wrestled away from the few – eventually revealing that he was researching this for future writings and had no easy answers. He did reveal however that he feels optimistically for the future, convinced that people do actually care.

All in all, a wonderful night out in a truly beautiful venue. I will certainly be reading the book for greater insight and look forward to the next Liberty Lecture!

James Meek is a Contributing Editor of the London Review of Books. He is the author of six novels published in the UK, US, France and Germany, including The People s Act of Love, which was longlisted for the Booker Prize and won the Ondaatje Prize and Scottish Arts Council Award. We Are Now Beginning Our Descent won the 2008 Le Prince Maurice Prize and The Heart Broke In was shortlisted for the 2012 Costa Prize.

In 2004 he was named the Foreign Correspondent of the Year by the British Press Awards and he contributes regularly to the Guardian, New York Times and International Herald Tribune. 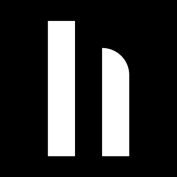 Yesterday, out for a cycle. Check out those blue skies! Bliss!
Seen in its natural habitat, the wild woods of #KirkstallAbbey
#KirkstallAbbey
Thought this was lovely
The spuds and carrots are home grown! The fruits of @beerdarella hard work and my... being there while she did it.
Loading Comments...
%d bloggers like this: