After two years of starting this challenge and with only one book left and three reviews to do (see here ) Niamh asked if I fancied another challenge and if I did why not Roald Dahl. So today I looked into it. I always loved the witches as a child, along with Charlie and the Chocolate factory, but most of all Iloved the superb drawings by Quentin Blake.

So my challenge, which I hope I can get done in a year will be  books and their films, as some I have picked made it to the big screen.

The list, I’ve also included his autobiographies as one to find out more about the man who created such a magical world for children from the comfort of his tiny shed. 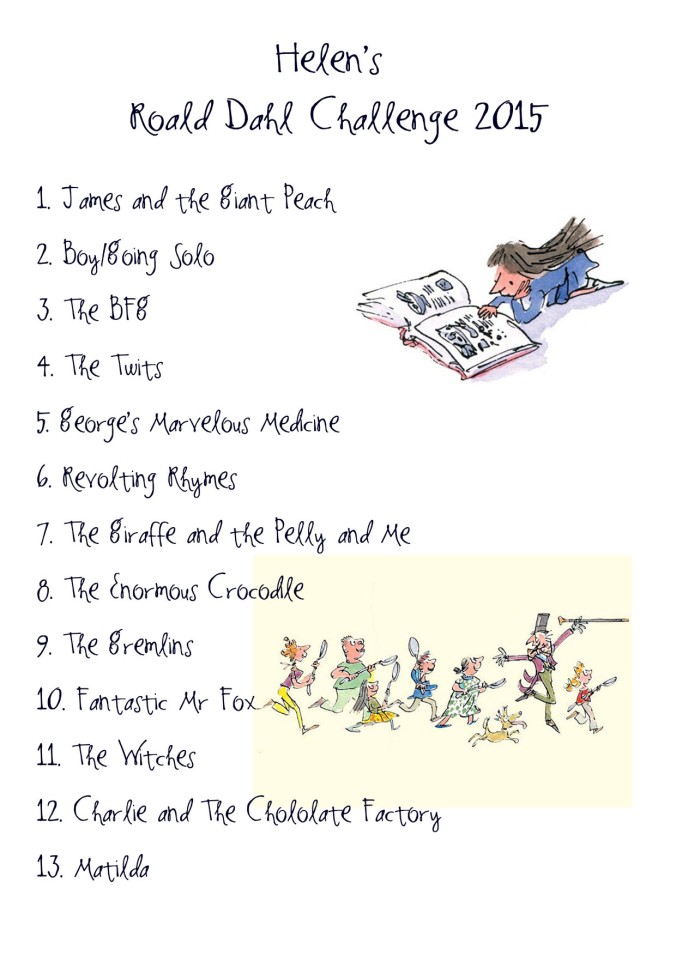 Before I go a bit about the Author:

Roald Dahl in his shed

Roald Dahl is born in Llandaff, near the Welsh capital of Cardiff, on 13th September 1916.

Roald’s parents, Harald Dahl and Sofie Magdalene Hesselberg, were both Norwegian and he was named after Norway’s famous polar explorer, Roald Amundsen.

Roald’s father Harald was a shipbroker and his business, Aadnesen and Dahl, was very successful. In Boy, Roald describes a shipbroker as “a person who supplies a ship with everything it needs when it comes into port – fuel and food, ropes and paint, soap and towels, hammers and nails, and thousands of other tiddly little items.”

The country that Roald was born into was in the midst of the First World War. In France the Battle of the Somme, one of the largest and bloodiest battles in the conflict, was raging. –http://www.roalddahl.com

One thought on “Roald Dahl challenge for @isfromupnorth”