One of the most exciting new voices in British fiction has written an extraordinary novel. In an L.A. where fictional characters are cloned into living beings, the author Niles Golan is on the verge of hitting the big-time – if he can just stay on top of reality long enough to make it.

Hollywood: Niles Golan is writing a remake of a camp classic spy movie. The studio has plans for a franchise, so rather than hiring an actor, the protagonist will be ‘translated’ into a cloned human body. It s common practice Niles’ therapist is a Fictional. So is his best friend.

So (maybe) is the woman in the bar he can’t stop staring at. Fictionals are a part of daily life now, especially in LA. In fact, it’s getting hard to tell who’s a Fictional and who’s not…

THE BLURB (from Goodreads)

In Hollywood, where last year’s stars are this year’s busboys, Fictionals are everywhere. Niles Golan’s therapist is a Fictional. So is his best friend. So (maybe) is the woman in the bar he can’t stop staring at.

Fictionals – characters ‘translated’ into living beings for movies and TV using cloning technology – are a part of daily life in LA now. Sometimes the problem is knowing who’s real and who’s not.

Divorced, alcoholic and hanging on by a thread, Niles – author of The Saladin Imperative: A Kurt Power Novel and many others – has been hired to write a big-budget reboot of a classic movie. If he does this right, the studio might bring one of Niles’ own characters to life. Somewhere beneath the movie – beneath the TV show it was inspired by, the children’s book behind that and the story behind that – is the kernel of something important. If he can just hold it together long enough…

Al Ewing is a major new writer whose work in US and UK comics has seen him hailed as the most exciting new voice in the field. His work for Abaddon Books has been equally lauded and his unique visions of pulp fantasy have found their home in five different novels for Abaddon Books. This is his first novel for Solaris and is one of the list’s most keenly awaited books of the year.

“Your personality’s just as ‘imaginary’ Niles. It’s just as much an invention as mine is. Except, you know what? I was thought up by a good writer”

This latest read for book club is a sc-fi classic based in the 60s and 70s about a chap called Niles (who is human, of course) who wants his ‘creation’ his writings to come to life. By this he means that in his world there a people called ‘ficitonals’ brought to life from the written page via tubes to star in films and TV shows. The idea of a ‘fictional’ is that they didn’t know when they would ‘expire or die’. How fictional aren’t real because they came from a tube, creating bigots out of humans thinking they were better than the fictional, even though sometimes they were no better themselves. Which then brought up the subject of Dolly the sheep the famous animal cloned from two sheep and lived until the age of 6?

This led to the discussion of whether it’s best you know going to die at some point or to be young all the time, not age and live eternally.

“”It wasn’t that Bob wanted to be a human being. It’s that he already felt he was human. And he didn’t see why he had to limit himself to what he’d been born with.”

The whole idea of fictional was that they were to create a character to play a part in a movie, unfortunately this limited what they could do when the filming finished, or a newer model replacing them, leaving them out of work and left to expire. This brought up issues of how the characters felt to be replaced, it happens in our own lives, it can happen at work when newer, younger sometimes cheaper employees can be found or as in supermarkets the self- service machines replacing checkout – people to get more tills in and losing that one to one contact and screaming at a machine when it says ‘please place item in the bag’ when it’s already in. We also liked the idea of how our ‘personality’ is just a thing that can be thought up. That however hard we think it is to change, we just need to find a way to re-write ourselves to be better. But to be scripted as in the book, you wouldn’t be responsible for what you said or did , it would be like the adventure books they brought out where you got to a page and it said to go this path choose page 233 or to go down this path choose p62. This is what the woman in the book wanted to be told what to do say, to be controlled like a puppet, but this is not who we are and is not what makes us individual people so unique. 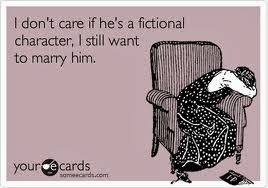 I think most of us agreed it would be better not to live eternally, although there would be plenty to read lots of things to see and do but it might just get a bit boring after a while, a bit overcrowded and a bit repetitive don’t you think?

“You’ve got your reality, I’ve got mine. I’m perfectly content if never the twain shall meet, in fact, I’m a lot happier that way.”

Also in life we have an inner monologue similar to this book, some of us got lost to which was Niles and his actions and I think a few of us agreed that we wanted to shout ‘Stop narrating, just do it!’, as sometimes I got lost in his action for him to turn round and do something not as cool. It was almost as if we kept coming to a standstill. This book had so much to give, so many ideas in it, such as what makes us individuals, how we come to hate a particular ‘type’ of people mostly because we’re scared or led to believe we should. Such as the whole idea that if you slept with ‘imaginaries’ that it was disgusting and that people would shun you for doing such a shameful act. Or how we as humans have a bad habit of assuming things, in the book it mentions ‘He was gay by appearance’.

‘Names I have been told, are magic.
To name a thing is to bind it’

In the end, you could say we are all ‘fictionals’. The character Bob who was a fictional and was Niles ‘life coach’ was a far better man than what Niles could ever be. It doesn’t matter where we come from whether it is a tube (for the fictional), a small town, a wealthy family, nobody is better than anyone else unless we let them think they are.

And of course we couldn’t have a book /review without Fifty Shades of Grey being mentioned. Because apparently all people want is sex. Really?

One thought on “WSwan LBC – The Fictional Man Review”