The second book in The Hunger Games trilogy, was not quite as gripping as the first in my opinion. When we left Katniss Everdeen, she had just become the joint victor in the 74th Hunger Games, along with fellow District 12 inhabitant Peeta. Now, after returning home, she and her family have been moved to the prestigious winner’s quarter where they will live a fairly opulent lifestyle until Katniss’ death.

Her previous victory however is far from complete, as President Snow visits her with a warning about her effect on the rest of Panem’s population. It seems Katniss has stirred up a bit of a storm with her actions during the games. Between her “relationship” with Peeta, her heartwarming care of Rue’s body, and her willingness to sacrifice herself at the end of the games to ensure Peeta’s survival, she has won many followers and the people of the districts are beginning to question the government and their way of life. 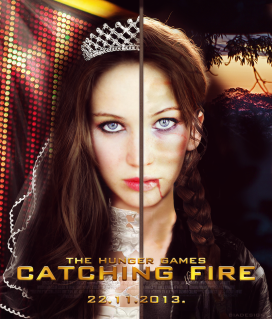 All this just in time for the Quarter Quell. The Quarter Quell is a very special Hunger Games, which is “celebrated” every 25 years. Though the annual Hunger Games are a demonstration of the Capitol’s control over the districts and a reminder not to rebel, the Quarter Quell is generally a more brutal and vicious attempt at this. Every one has been different, much the games themselves, but the one similarity is that they have a twist which pushes the tributes to new extremes.

In honour of the 75th year, it is announced that 24 previous winners will compete. As the only winners in District 12 are Hamish, Peeta and Katniss, the list is quite short and it is a certainty that Katniss will be returning to the arena. As Peeta joins her to protect her, can she win a second year, and is there any chance that President Snow will allow 2 winners again? 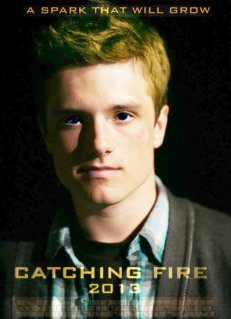 As I said, this wasn’t quite the unputdownable read as the first one…which I read in the space of about 4 hours. It was enjoyable, but perhaps the pace could have been a little faster. Maybe it was the fact that by the time I reached the second book, the world was more familiar to me, which took away from the horrific impact that parts of the first had on me. Still definitely worth a read though, if only to get to the third one.