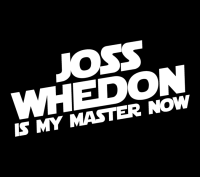 Well, that was all a bit different!

Our initial meet up(? Tweet up?) was a little quiet due to work; holidays abroad; time differences; marathons; not knowing that there WAS a WTFBC due to twitter absences and an inability to get past the first page of the play.
*shrugs*
Teething problems.
Easily overcome.
*gulp!*

Though I’ve been at the book club game for a few years, I’ve never really organised an online discussion about a book. Sure I participated in one book one twitter a few years ago (@1b1t) but after diligently reading @NeilHimself‘s American Gods; it all seemed to fizzle out over the summer.
Besides, it was all so big. There were so many people tweeting all at once; so any different thoughts and concepts flying down the hash tag; so much to think about that I felt a bit abashed.

I wasn’t quite the smooth operator that you all know and love (*cough*) on twitter and couldn’t quite build up any steam to join in. (Don’t get me wrong – it was still a brilliant idea and I hope that something similar will start up again – what a wonderful way to promote literacy and get a conversation going!)

So to say that I entered into this with a confident and breezy air might be overstating juuuust a touch!
On the other hand, WTFBC is made up mostly by people I already chat with online on a regular basis. We have a bond. We have the same flag flying.
We are Whedon fans.
Even if it all went belly up; I knew I’d have a laugh about it! 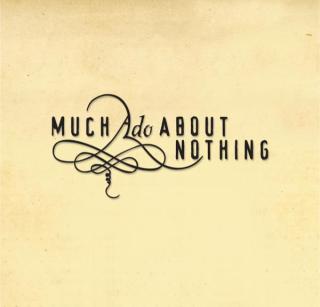 We took a few moments to get organised and then got stuck into Much Ado About Nothing.

One person found it just impossible; another hadn’t quite finished. The remainder found the play to be fairly enchanting.

We spent some time chatting about the language – agreeing that while it took a few pages to sink into; we were pleasantly surprised to find how much language considered contemporary actually isn’t! The wonder of Shakespeare is how coherent and fluid his writing (and particularly his dialogue) is and how relevant his observations remain 400 years later.

As soon as we understood how he was saying something,

we focused on what he was saying!

We spent some time discussing various characters. Very early on we compared Benedict and Beatrice with Darcy and Elizabeth (from Jane Austen’s Pride and Prejudice). We also found parallels between Claudio and Hero and Bingley and Jane – deciding that Shakespeare had captured archetypal characters – ones whose fundamental aspects would remain constant and relatable throughout the ages.

The story seemed very simple to us – after all; there were merely two strands of plot across three sets of characters. Nowadays; films and tv shows seek to create visible realities for as many characters as possible. Shakespeare on the other hand seemed to delight in assigning his characters one or two rather specific tasks throughout the play. He focused instead on ensuring that each voice was unique – from patterns and rhythms in speech (a theme we returned to more than once!), to puns and humour and beliefs and ideals. Whether they were a primary player or only appearing in one or two scenes, every character is allowed a moment to just be themselves.

Take Margaret for example. She plays a pivotal role within the play, despite rather appearing on the main stage and only having the most brief of dialogues. Despite that, she breathes as much as Beatrice and Hero. We were delighted to find that this character is to be portrayed by Ashley Johnson. A relatively recent addition to the Whedon family – she was fantastic in the unaired pilot of Dollhouse evoking tremendous sympathy and empathy and was equally excellent in her later appearances as dual character shopgirl and Caroline 2.0. More recently she sparked in two – maybe three – scenes of the Avengers – with only one line of dialogue!
The perfect pairing of actress to character surely! 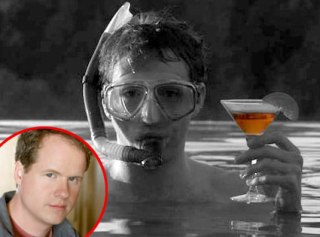 Though others found Claudio to be a reasonable and likable character; I’ve always found him to be very weak. Then I found out that Fran Kranz – Dollhouse’s very own Dr Topher Brink and Cabin In The Woods SUPERSTAR – was to portray him. If you know me at all, you’ll understand why I suddenly seem to be moderating my language in relation to this character!

Sean Maher (Firefly’s dedicated physician and brother extra-ordinaire) will also be appearing as the bad guy; while Nathan Fillion (Twitter superstar, Cap’t Tightpants…I mean Mal from Firefly; the delectably dark and twisted Caleb in Buffy and the bellend Cap’t Hammer in Doctor Horrible) will be providing the role of comedy relief. (As an aside – you should totally watch his appearance in the Daly Show. Fantastic!)

By far the longest time was spent discussing three of our collective favourtie Whedon actors.
Amy Acker (Fred in Angel, Dr Saunders in Dollhouse, casually cruel staff member in Cabin in the Woods) was the PERFECT Beatrice in all of our eyes. Capable of combining vulnerability with a steely resolve; both actor and character are very much the ‘full package’ – capable and confident even when near-crippled with self doubt.
Her paired with Alexis Denisof (the hapless Wesley in Buffy and Angel; real life honey to Buffy’s Willow and the unrecognizable ‘Other’ in The Avengers!) meant that we will FINALLY get to see a happy ending for one of the fandoms most beloved couples! Huzzah we cried, huzzah!
Also, Benedict is a smart and resourceful man who makes a right ass out of himself on occasion. It’s like Shakespeare knew! And wrote the role just for him!

Finally, Reed Diamond (Dollhouse’s security officer and tron-suit wearer) – one of our favourite people EVER after his spectacular appearance at Echo 2 (a con for those not in the know) – will be playing Don Pedro.
WHO IS NOT A BAD GUY!
This is of course incredibly exciting. We finally get to see Reed as other than the jerk! Woo and Hoo indeed!

Of course Joss Whedon decided to make this film as a result of his infamous monthly Shakespearean sessions (oh to be a fly on that wall!) and we all hope that future installments of the Bard are in store!
Even the person who didn’t enjoy the play is looking forward to the film!

Our next book will be Killer Angels by Michael Shaara and we’ll be chatting about that using #WTFBC on the 1st of July 2012 from 8pm!

Find fellow members on twitter by searching for #WTFBC.
Let me know your thoughts by either tweeting me @LeedsBookClub, commenting below or emailing me at leedsbookclub@gmail.com