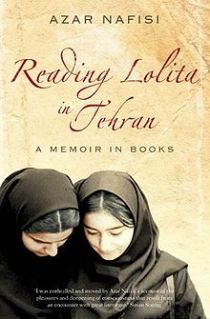 While it was a fun and awesome book club – as always – unfortunately not many people had managed to finish the book. In fact, only two of us had managed to hit the finish line, though everyone had at least started it!
Some failed to finish because they were stuck in other books at the time, others because they had become hooked on a new series and literally couldn’t put them down and still more due to various life commitments or having left it a bit late to start.

Now, if we were truly a dedicated and obsessive book club; I should have left there and then in a huff – reciting the rules of book club fight club stylee; cussing and fuming about life, the universe and everything.  But – thankfully – we aren’t arses.
Instead, we discussed the bits that we could. I (and one other) offered sage and wise thoughts on our reading of the book and then the chat became – as it so often does, a general natter about…well…life the universe and everything (which mostly means Leeds and Doctor Who for me)

All of us had been intrigued about life in Iran – the book club members and how they lived their lives. We found them to be compelling and very unfamiliar – so different from our lives. The time jumps were fascinating to some; deeply irritating to others, We so much wanted to find our what happened to each of them that the literary meandering became a little distracting, rather than being the point of the book. Sometimes, the time leaps seemed totally arbitrary – if there was a point or a logic – it passed that majority of us by.

On the other hand, repetitive phraseology – such as the title ‘Read Lolita in Tehran’ started to drive us barmy. It’s a clever title – it brings with it powerful imagery – but over-use has the potential to render it utterly meaningless. One person compared it to reading someones thesis.

The tone of the book also irked some. The opinions expressed are very definite – as though only one viewpoint could possibly be valid. Without having always read the books being broken down; there is a particular sort of arrogance that was a bit annoying at times.

Of the books that their book club covered that we had read – Lolita, The Great Gatsby, Pride and Prejudice – we were fascinated by what that book club pulled out. How the differing context of their everyday life seemed to highlight particular aspects that we hadn’t necessarily considered. Even those points that we had noticed were seen in different ways. Again, the counter point of that was if we hadn’t read those books, aside from feeling like ‘illiterate idiots’ (NOT MY PHRASING), we felt pulled away from the emotional core of the story.

And there we have it. Though we toyed briefly with describing the plot in more detail – well I did…I’m a bit evil…we settled on detailing a few of the highlights to torture the others. Which was fun.