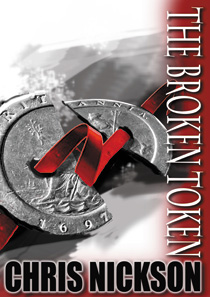 On the dark and violent streets of Leeds, a gruesome double murder has taken place.

Almost worse than the crime itself was the positioning of the deceased – male posed upon female – mimicking a sex act. The Chief Constable – Richard Nottingham – is called in to investigate, ably assisted by his dependable deputy – John Sedgwick.

To his horror, he finds that one of the victims is a former maid and family friend; while the other was a controversial visiting preacher. A conscientious man anyway, this personal connection only deepens his determination to uncover the truth and bring back order to the city he loves.

Making his job more difficult is the political tide of the time. Though he has been the Chief Constable for many years; his position is only as secure as his usefulness to the Mayor. The most recent recipient of this annual position is ambitious, demanding and not above threatening those who work with him for speedy (if not necessarily accurate) resolutions. As Nottingham is forced to more up the social ladder for answers; his relationship with the City Council is destined to become ever more tenuous. When a second couple are found murdered in the same way, Nottingham must use every connection, ally and even enemy to uncover the truth.

Just to add to the pressure, the Nottingham family are rocked by internal pressures. One of his two daughters is proving to be as independent a spirit as her father, despite considerable societal restraints. And the cherry on top? A near invisible pick pocket with the gift to be everywhere and nowhere at the same time. Maintaining control on and off the streets will stretch the Chief Constable to the limits of his patience.

From the blurb above, I know that The Broken Token sounds like a straightforward mystery/thriller. It really really isn’t.
It’s so much more than that.

Chris Nickson manages to near effortlessly weave social context into the tapestry of the story. Richard Nottingham has risen from the lowest depths of society. His mother was caught in an affair when he was a child, resulting in his father abandoning his wife and rejecting their son.
With no other recourse left open to her and a young boy to provide for; she took to the oldest profession of all. Raised the son of a prostitute, this background provides the primary protagonist with a unique insight into the lives of those he most often investigates.

At no point during the book are we allowed to lose sight of the difference status makes to a person. The rich must be protected, even from their own misdemeanours. They control the trade and the city. The poor, though vastly more numerous, are granted no such liberty. There is one pathetic character – a drunk – who emphasises this difference between the haves and have nots so much (I’m deliberately not describing him in too much detail. He’s worth discovering yourself).

Leeds is as much as character within the book as the setting for it. Despite being described as dirty, dark and dangerous, there is a hint of the economic rise that was starting to take root. Leeds was becoming more successful and prosperous thanks to the emergence of the wool market. The pre-industrial setting focuses on an era that I’m not familiar with at all which becomes all the more fascinating when one takes the time to wander around the city and attempt to seek out those few buildings that survive from that period, or try to visualise how the streets I walk across every day would’ve looked.
It is also a city bordering on legal anarchy. The wealthy minority in charge have not had any incentive up until this point to invest in the structures of law and order. Certainly the way the major responds to the constabulary demonstrates this point very well.

As a resident of this fine city, the maps at the beginning of the book were beyond useful – I think I thumbed through them at least once every few chapters – just to make sure I still knew where I was in terms of the plot! I also particularly enjoyed the references to villages and outlying areas outside the city proper – such as Chapel Allerton – which sounded like another country in the book!

I read this book rather too quickly, and re-read it about a week later, taking the time to properly appreciate it. Perhaps the murder-mystery itself is a little straightforward on a second reading. However, at no point does the book feel lacking. There is enough to distract you – be it family, the pick pocket B storyline, the city itself or the political machinations – to ensure that I finished the book feeling more than satisfied.

As a novel, it’s impressive and more than holds its own against contemporaries such as Anne Perry’s William Monk series. As a debut, it leaves me excited and delighted to have *found a new author! I look forward to the next book with glee!
Score: 4.5/5
The Author
Chris Nickson was born and bred in Leeds. Although The Broken Token is his first fictional work, he is no stranger to the written word. A music journalist by trade – specialising in world and roots music – he lived in the States for many years, honing his art. He has also written many biographies for such stellar talents as Ewan McGregor, Emma Thompson, John Martyn and Christopher Reeve, and continues to contribute to many magazines and websites.
He is also an avid (and very entertaining) twitter user – find him @ChrisNichson2 . Tell him I say hi!!
Any more?
The Broken Token is the first of his Richard Nottingham series. The second – Cold Cruel Winter – has just been released (May 2011), with the third expected for release in 2012.
*Technically, Chris found me!