OK so I might have failed in the whole opposite covers month (1920s aristocracy-1980s aristocracy-1450s, well they weren’t the aristocracy but you know what I mean fail) but I have learnt a little bit more about history. Not through the fiction, but the subsequent googling reading the fiction brings on.

That’s the reason I love historical novels, which I get mocked for constantly by people who read ‘proper’ books- they make you interested in the past, and there is no greater avenue to research than the past and once you’ve learnt basic research skills, you can find out anything, and once people start finding things out, revolutions happen. Yes, yes I did just say reading historical fiction may one day lead to a revolution. Thesis that, bitches.

Anyway, this is the history of England from 1066 (bit of an important year) to 1890 ish in novels. Think of it as your summer reading list, if you will. You’ll be tested on it later and I’ll see you on the barricades in October, yes?

(These are books that I have read. Not having read every book ever written ever I’ve missed thousands out. If there is something I’ve missed that I really should read then tell me. My TBR pile is now bigger than I am (which trust me is a feat all by itself) but I shall try).

Needle in the Blood by Sarah Bower1066 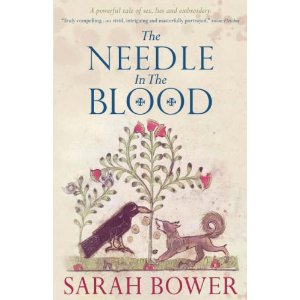 The romance between William the Conqueror’s brother Bishop Odo and one of the women who embroidered the Bayeux Tapestry. Its a bit overlong, to be honest, but fascinating. Beautiful cover too. 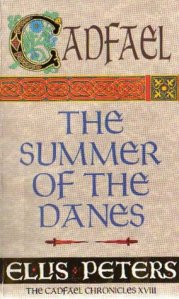 Brilliant, mostly murder-mystery series that reflects on the wars between King Stephen and Empress Matilda which split the country in half. Many in the series are set in Wales, and gives a good insight into politics there. They are also great fun.

The Gallows Curse by Karen Maitland1210
King John’s ridiculous quest for power led eventually to the Magna Carta, one of the most important events in English law. Maitland’s books show how the actions of Kings are reflected by the people. The Gallows Curse is her latest, and possibly darkest book.

The Owl Killers by Karen Maitland1321
Set 100 years later during the reign of Edward II, who was ousted by his own wife Isabelle of France, and was murdered by having a red hot poker inserted up his bum, this book shows the struggle for power between the very male power of the manor and village, and the female beguinage and ineffective Christian representative. Wonderful stuff. 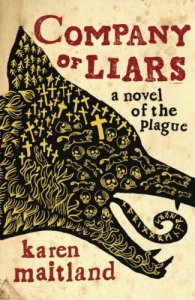 Company of Liars by Karen Maitland1348
Karen Maitland’s first book set in medieval England, and in my opinion her weakest (the ending lets the rest of the book down massively) this shows the impact the Black Death had on the common people. The Black Death decimated Europe’s population and altered England forever. 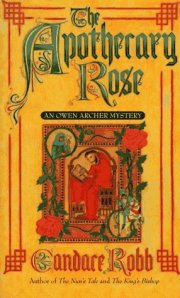 Owen Archer by Candace Robb1363-
Set during the reign of Edward III, which was a bit of a golden time as England was transformed into a massive military power, kick starting wars in Scotland and the 100 Years War in France (any time when England gets to thrown its tiny weight around is classed as ‘golden’ apparently, if there’s one thing we do well, its a penis-extension), this series of murder mysteries is more than just a lay-Cadfael, England is different now, there are more classes of person and, set in the last ten years of Edward’s 55 year reign shows how the successive wars has resulted in a new kind of ‘man’. Owen is a one eyed ex soldier adjusting to life as spy for the Archbishop of York. As a Yorkshire lass, I find the history of our city fascinating to read and this series, especially the first ‘Apothecary Rose’ is recommended.

Katherine by Anya Seton1377 ish
A good old fashioned bodice ripper, this one. Married off to the man who tries to rape her, Katherine Swynford falls hopelessly in love with John of Gaunt, second son of Edward III and Plantagenet England’s Golden Boy. Naturally Katherine is ridiculously beautiful and hirsute and the two swan off together, founding a rather important dynasty along the way. LOVE this book, for all its ridiculous sloppyness, it’s a lovely story and Katherine is one of those Women from History that Gregory hasn’t got round to yet…

Crown in Candlelight by Rosemary Hawley Jarman1401 ish
Although this book starts in *spits* France, the story of Catherine of Valois and her two marriages is vastly important to English history, plus this is a lovely lovely book. Rich in detail, intrigue and magic, less bodice rippy than Katherine, but just as readable.

The Red Queen by Philippa Gregory1443
What I’m reading at the moment, the second in Gregory’s Cousin’s War series looking at the Wars of the Roses from the point of view of the women who were not that behind the scenes as some histories would have. Margaret Beaufort has always been a bit of a hero of mine and this book told in typical Gregory style is a great romp. 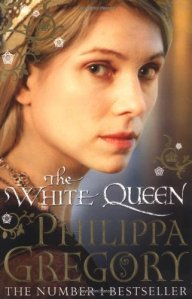 The White Queen by Philippa Gregory1450
More mystical magical magical mystical in tone that The Red Queen, this book reminded me more of Gregory’s earlier book ‘The Wise Woman’-which I hated, if I’m honest. The story of Elizabeth Woodville, wife to Edward IV, who comes accross as deeply unlikeable and manipulative. A further book in this series, The Lady of the Rivers, focussing on Elizabeth’s mother Jacquetta, is out in September. I’ll bet you a tenner Margaret of Anjou is next.

AND LO WE HAVE HIT THE TUDORS

There are several reasons I think that there are more books about the shitting Tudors than any other period in English history. Firstly, everyone studies then in school. Secondly, to be fair, a lot of stuff went down in the 1500s. Thirdly, these are the first monarchs we know a fair bit about. Printing had finally hit Europe properly, it was all kicking off on the continent because of it, and records were being kept. Oh, and who could resist such fascinating characters and times, and all in one family too?

There are THOUSANDS of books flooding the market about the Tudors at the moment. My favs though are

Wolf Hall by Hilary Mantel1520s/30s
Now I know a lot of people find the tense thing a little off putting but I loved this book. Thomas Cromwell, the most powerful of Henry VIII’s advisers, and one of the earliest capitalists, is so well drawn you can’t help but be swept into the intrigue and deception that the Tudor court is lined with.

The Boleyn Inheritance by Philippa Gregory1540
Better than The Other Boleyn Girl in my opinion, this is the story of the downfall of Anne of Cleaves, surely one of the saddest moments for women in English history, and a confirmation that heteronormative misogyny really has always been there. In fact it’s hard to find a historical novel in any way sympathetic to Henry VIII. I wonder why… 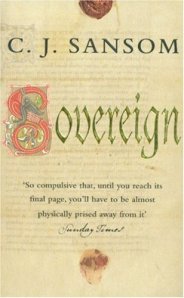 Sovereign by CJ Samson1542
My favourite in the Shardlake series (which I’ve ranted about too much to go into any sort of detail needless to say if you haven’t read them by now you need to Have Words), covers the Pilgrimage of Grace (google it and be proud of my county)and it’s affect on the North. Also shows the king in his later days, and the horror that was his relationship with Catherine Howard.

Now one thing I’ve never read is a really good historical novel about Lady Jane Grey, whose story deserves one. Any suggestions?

The Queen’s Fool by Philippa Gregory1553
Have to admit I’ve only read the Reader’s Digest abridged version of this book, but I loved the story and the protagonist Hannah, a Jewish refugee from Spain living as a fool in King Edward VI’s and later Queen Mary I’s household.

The Lady Elizabeth by Alison Weir1555
The early life of Queen Elizabeth I told in a fictional way by the queen of accessible history. I love Alison Weir and if you can read every thing she’s ever done that would be great, thanks.

AND LO WE HAVE LEFT THE TUDORS

After the excitement of the 1500s you’d be forgiven to think nothing else ever happened in England. There are thousands of really good historical novels about war and magic and romance and all of that, but I’ll be honest, I’ve run out of steam. So a for veeeeery quick overview of the last four hundred years read… 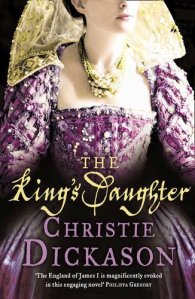 The King’s Daughter by Christie Dickason1605
It covers the Gunpowder Plot, what else do you need? 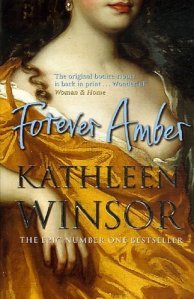 Forever Amber by Kathleen Windsor1665
Because it ain’t a BookElf blog post unless I mention this book.

My Last Duchess by Daisy Goodwin1890
That I read last week. It’s froth. But it’s good froth. The ending nearly made me spit though.