A very short book club this time round, as we were all running around like lunatics, and then halfway through were maliciously distracted by a beautifully cooked meal! 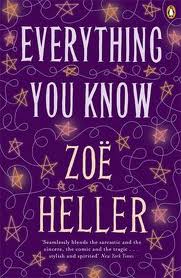 BOOKN00B summed up all of our feelings succinctly
-no point to this book whatsoever
-didn’t like the characters, had no interest in the story and is  delighted to have forgotten everything by now
-doesn’t know whether to ever try anything by the author again


We actually disdained to score this book – it left us all so annoyed and frustrated.

A few days later, I texted the ladies my choice for the Christmas period – the just announced Man Booker 2010 winner – The Finkler Question by Howard Jacobson