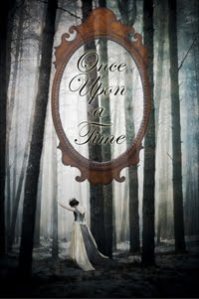 As part of the Once Upon A Time Reading Challenge I have spent my bank holiday reading Virgil.

I know this makes me sound like a right clever swot-girl, but in my defence, it wasn’t the original poem in Latin or anything like that, but the first four books of The Aeneid, translated for Penguin by WF Jackson Knight (WF Jackson, Knight, surely?) as part of a series called Great Loves, 20 smashing little books with beautiful covers ranging from Abelard and Heloise to John Updike, that was RRP’d at about £100 but I got for £15.00 from the marvellous Book People (www.thebookpeople.co.uk if you want to spend your money on massive amounts of books- plus they come in big red boxes! Excitement!)

I decided to read The Aeneid (or ‘Doomed Love’, which is what WF Jackson, Knight, calls his version, after the tragic story of Dido within the fourth chapter) because I know naff all about the Roman myths and legends. When I was a-growing (might as well rename this blog ‘BookeElf romanticises about forgotten youth’ with the whole ‘when I was a lad’ tilt of blog postings recently! Sorry!) I loved the Greek myths, my copies of which were by Roger Lancelyn Green. We studied Theseus and the Minotaur at school (Mrs Western, what a legend) and I visited Crete with my family and spent a happy day getting horribly sun-struck at Knossos (the same thing happened when I visited Ephesus, a pattern emerging or just my basic inability to stay in the shade?). I am aware that Rome ‘stole’ the Greek mythology, and therefore read Doomed Love pernickertably translating all the gods names into Greek. The I stopped.

Because it is a Roman legend. I did not know anything about The Aeneid before reading this, and all I knew about Rome was the Romulous and Remus legend (something about a boy raised by wolves? Not Kipling?) and the Roman Britain stuff. And I Claudius by Robert Graves…brilliant brilliant book and TV series. But I knew nothing of it’s legends considering the founding of Rome and for that Doomed Love makes fascinating reading.

Other than that, I would not really recommend this book. The story is great, a sweeping epic (bah, horrid cliche I know) that covers poor Aeneas’ flight from the burning Troy (really really want to re-watch that film now), around the Med, until he ends up in Carthage where the queen Dido falls in love with him because she is pricked by Cupid’s arrow. Aeneas does not get a break, however, in that is is his destiny to found Rome (pesky Gods and Fate and all that) and so leave Dido burning on the pyre to set off yet again across the seas. The writing, now I know its a translation of a classic, so its going to be, is clunky, and I’m sure there are better versions of this out there. But it really is a great legend, and for that reason I’m glad I read it.

So that’s Mythology down. After Fantasy (Percheron series) and Fable (Laxdale Saga) just got Fairy Tale to go…and I see Angela Carter peeking out at me there…Really really enjoying this challenge, it’s a great idea and we must run one of our our next year!

This month I’ve been reading The Girl Who Played With Fire and The Girl Who Kicked The Hornet’s Nest, both by Stieg Larsson, more to come on those as haven’t quite finished Hornet’s Nest, and The Twins by Tessa de Loo, which N lent me and reviewed in earlier postings. All vg.