Book Club the Third – BOOKN00B – 11-01-2010
Agreed on: I am Cat by Soseki Natsume was not working, and to be discarded
Agreed on: The Book Thief by Marcus Zusak (BookN00b)
Discussed:
– The Daisy Dalyrmple Series by Carola Dunn
– C.J. Sansom series
– The Tain by Ciaron Carson
– The Clan of the Cave Bear and sequels by Jean M. Auel
– Jane Austen – all the classics…and the rest…

Though, actually, as it happens, we none of us had made our way through the book. BOOKN00B found it tough to get into, but enjoyed the cat bits, less so the master bits, BOOKELF found it a long hard slog, and I’m still waiting for my copy from Amazon!

So, we swiftly moved on, and decided to focus instead on mutual reads.

Such as CJ Sansom’s Shardlake series – as lent out to us by BOOKELF!

We all three of us enjoyed these immensely, with each of us preferring different books, and characters, so a lively discussion ensued. We agreed that when the fifth in the series is released (later this year), we will happily devote a month to it!
BOOKN00B – 8/10
BOOKELF – 9/10
AVIDREADER – 9/10
We had also read three books from the ever increasing Daisy Dalrymple books, by Carola Dunn, again receommended by BOOKELF.

While we all enjoyed the slow pace, the glimpse into a long past world, and the gentle romance of the books, we also relished the fact that while the mysteries themselves are often predictable, they are none the less satisflying.
AVIDREADER – 8/10
BOOKN00B – 8/10
BOOKELF 8.5/10

We also took a quick look Earth’s Children Series by Jean M Auel, though it was only a quick one as BOOKN00B and BOOKELF got a bit angry at what the author had done to their beloved series!!!
(Note, BOOKELF refused to rate the last two books – as far as she is concerned, the series ended after the third book!) 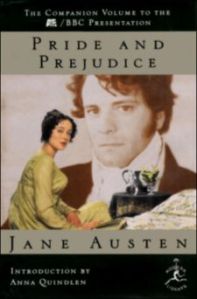 Finally, in an attempt to appear cultured, we decided to review a classic, then promptely ruined it by instantly singing out in chorus – Pride and Prejudice by Jane Austen

We all read it at roughly the same age, two of us with our mothers. We remarked on how our perspectives have changed – and we no longer relate to Lizzy the way we once did, with BOOKELF more strongly identifing with Anne Elliot.

However, this is a book that can be re-read over and over again, in a number of different settings, enjoyable each time. BOOKN00B & BOOKELF agreed that it was one of those books that made a person proud to be English. I, rather wisely I felt, refrained from comment.
The realistic characters, and Colin Firth scene in the now infamous wet white shirt in the BBC adaptation, ensured that this book will live long in each of our hearts.